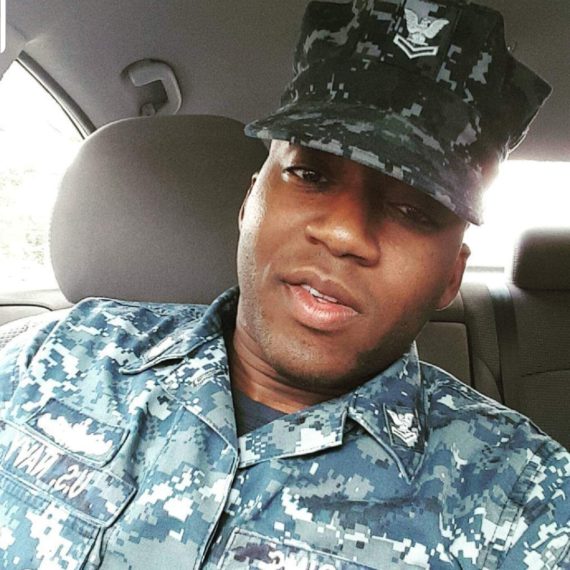 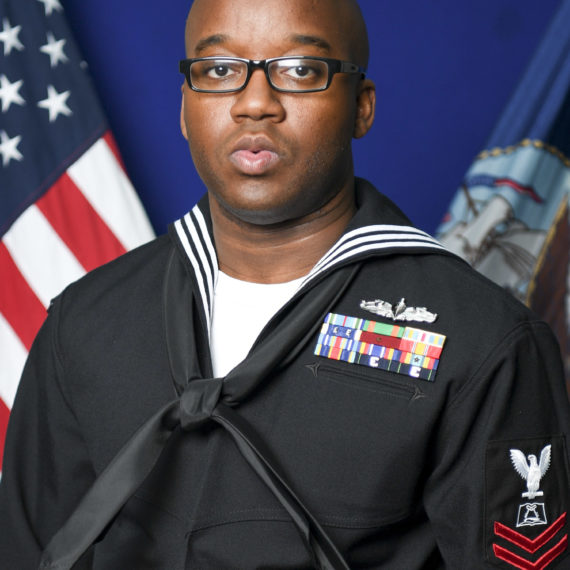 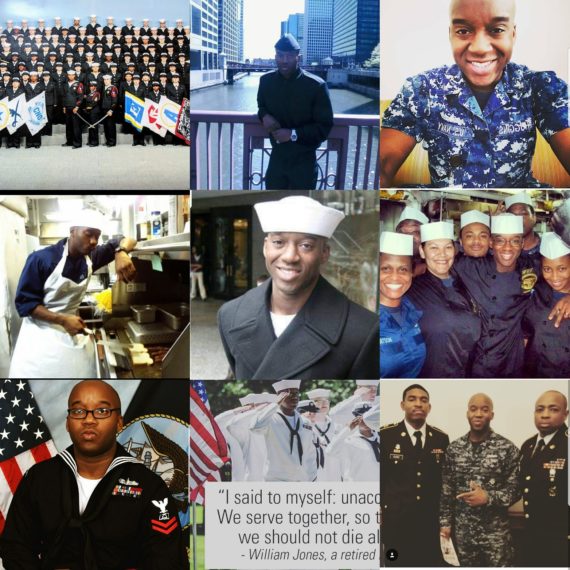 Terrence “Esquire” Huggins currently has 9 years of service in the U.S. Navy and serves as a Culinary Specialist. He did a stint in the Air Force ROTC at Tuskegee University, but never truly envisioned himself being in the military. The recession played a huge role in his decision to join the U.S. Navy. Terrence has served on the USS Harry S. Truman, at Ft. Belvoir Community Hospital, and now at COMUSNAVCENT as a Flag Chef for the 3 Star Admiral and his staff. His goals while serving are to continue to advance in rank, complete as many certifications as possible, advance to Executive Chef, and to help as many service members as possible to achieve their goals. Terrence has earned 2 Navy and Marine Corps Achievement Medals, Junior Sailor of the Year (2018), and the Military Outstanding Volunteer Service Medal.

What makes Terrence’s story so unique is that while serving his country, he also founded Esquire Productions, LLC. Terrence is a phenomenal producer with a new-age sound and a unique array of music compositions. His inspirations include production from Virginia’s own Pharrell and Timberland. Hailing out of the Washington, DC area and being surrounded by such amazing talent in the DMV, has only inspired him to want to excel in this profession.

Terrence has completed various projects ranging from Dubstep to R&B. He definitely feels that tapping into more than one genre is advantageous. Working with a variety of top-notch producers has allowed Esquire to not only create musical masterpieces, but also to sharpen vocal and production skills. Esquire co-produced his first projects: “The Hidden Crops Experience” by King Nuzu out of Charlotte, NC; “Imported Cigars” by Detroit, MI artist Drew Smooth; “The Wake Up” by Orlando, FL artist, William R.I.C.E.; and “Priceless” by Mor-Bux out of New York. His very first fully produced EP collaboration entitled “Forbidden Fruit” by Rolando Damian out of Houston, Texas, has reached major numbers and has also been featured on a variety of blogs. Terrence’s recent productions have started to range from many international aspects, to include Canada and Abu Dhabi, Dubai as of 2018. His latest major feature was having his production played in Issa Rae’s television series “Insecure” on HBO.   Terrence has a team behind him that believes in his craft as much as he does, which allows him to expand his creativity to the highest form of artistic expression.

Terrence is known for his wise persona, captivating sounds, hard work, and lyrical abilities. His melodic vibes capture every ear in a room.