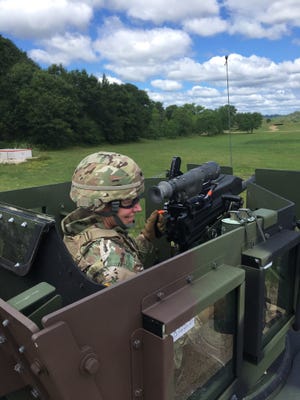 WASHINGTON – Her promotion to lieutenant general confirmed, Jody Daniels has been cleared to take command of the Army Reserve, the first woman to do so in its 112-year history.

Daniels is the latest woman to break into the military’s senior ranks, which have historically been dominated by men. Fewer than one in four admirals and generals are women. A career intelligence officer, Daniels has been deployed to Iraq and holds a doctoral degree in computer science.

Like all the armed services, the Army has struggled to diversify its ranks, particularly its officer corps. Earlier this summer, Air Force Gen. Charles Brown was named the first Black service chief in history. Last week the Pentagon, partly in reaction to demands for equity after the death of George Floyd in Minneapolis while in police custody, announced it would no longer use photos when making promotion decisions.